On his own path 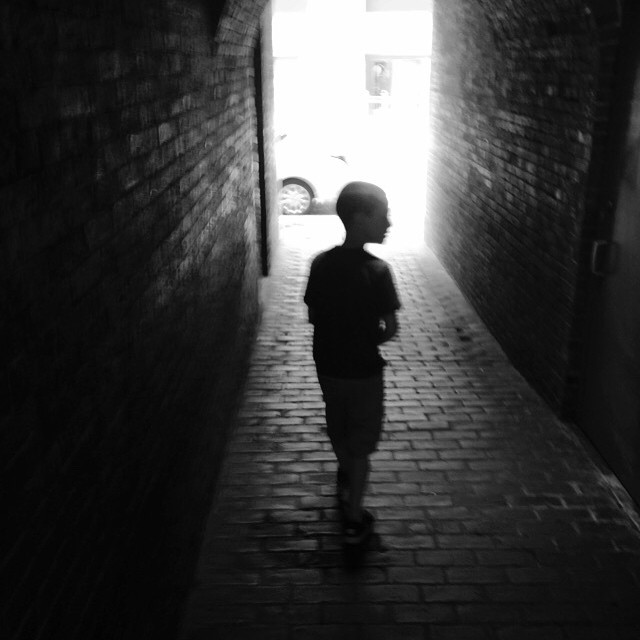 Over the past weekend I was driving and three young boys, maybe around 8 or 9, were riding bikes past me as I came to a stop sign. One of the boys put up his hand to wave and thank me, as he and his friends crossed the road on their bikes and continued on their merry way. Immediately, my eyes began to tear up as I wondered if my boy would ever be able to do that. Would he ever be able to ride bikes outside alone? Without our constant supervision and guidance for safety awareness? With friends? I started to feel sad for my boy. I started to let anger creep in wondering why it has to be so hard for him? Why does it have to be so hard for us to keep him safe? I am human, and I threw myself a pity-party…..decorations and all!

See, what really was the catalyst for our son’s Autism diagnosis was his complete lack of safety awareness (or awareness in general), dangerous bolting and lack of speech progress. Although, I worried a lot about his speech and still do, his safety has always been my primary concern. I have gone to bed many times in complete exhaustion and cried because all I could do was thank God that he was still alive after bolting into traffic or running out of his old school. You always worry about your children, but this added another layer and sometimes my heart would beg for a break.

So I was feeling down on Sunday over some of the tough things, and the rain just didn’t help at all. One thing I’ve learned is that you have to actively work on those mind muscles just as you have to work on your physical ones, for strength and the ability to pull yourself out of the funk quickly. That’s one thing I’ve been working on for awhile now, so I forced myself to think about something positive. I made myself think about his progress. I thought about how fortunate it is that we have PROGRESS that I can actually focus on. That word alone is something to celebrate.

And then I looked at this amazing picture my husband took of our son a week earlier. Initially, I started to think about what my husband had said about it. He had said that our boy was finding his way in life and that there was the light at the end of the tunnel and that he is going to be just fine. And what “Fine” means to us is happy, confident and accepted and celebrated for the amazing person he is. And then I saw it……something that we hadn’t been focused on at all in the picture because we were focused on the other significance of it. In the picture, my son was walking alone….WITHOUT us holding his hand. We have ALWAYS held his hand or held onto his shoulder to be the eyes and ears for him since he still lacks that focus and safety awareness. But I know why my husband let go of his hand in this little alley, it’s because he hasn’t been bolting lately and we’re trying to slowly teach him awareness on his own. If you told me 9 months ago, we could start to let go of his hand and go on his own a little in safer areas, I would have told you that you were completely insane. All I’m trained to see is the street of cars ahead, the train tracks near by or the body of water, so letting go of his little hand was something I never imagined…until now.

I pulled myself out of that quick slump with focusing on the progress. As the saying goes, “I’m way too blessed to be stressed.” I know no one will ever give me the guarantee of whether or not our son will ever be able to navigate those streets on his own. We’ve been told that his safety awareness will be the key indicator of whether he will ever be able to live independently some day. I despise when they say that and it gets overwhelming to think that far ahead. In those moments, I think about the fact that they said they weren’t sure if he’d ever speak, and he is. I’m focusing on the fact that we can let go of his hand just a little bit now, and with that he’s learning to navigate on his own. We will always be there by his side to help him find his way. Yes, we are taking baby steps on this path, but really…what’s the rush? Every one has a different path. No path is guaranteed to be better than the other, and what you do on that path is what really matters. Who you are on that path also is important. Some rush their path and never focus on the beauty of the challenges or focus on what was really learned through it all. Some get off the path, get back on, get off, get back on, and still get where they need to go.  Some just take a little longer and that’s ok. I’m focusing on that light at the end of the tunnel because regardless of what those professionals say when they are extra careful to not give false hope, our boy keeps proving them wrong. We’re letting him learn to walk his path, figure out his way, and be the best that he can be. I’m remembering that even on the hardest day, there are ALWAYS brighter days ahead. <3 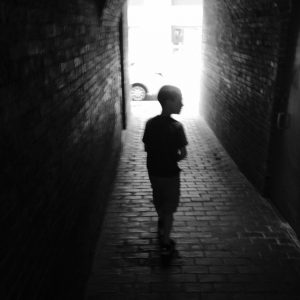 Finding his own way as we learn to let go.

I'm far too complex to write about in this small box. But to sum it up, I've learned alot through life's many lessons. I've learned you have to enjoy this life because it's the only one you've got. Never give up on your dreams, no matter how long it takes you to achieve them. Be happy! Negativity and Anger will destroy you little by little. Life is beautiful and I try to remind myself to look at the little miracles around me when life gets crazy. Some days are easier than others to do that, but I'm still a work in progress. :)

Donate to help a child.